Why air cushion film is the best choice as a cushioning bag?

The invention of air cushion film

It was invented in 1960 by American Mark Shawana. At first, he just wanted to design a new three-dimensional wallpaper. One day, when he saw the clouds outside the window while riding in an airplane, he felt that the clouds were used to protect the plane from landing safely, and inspired by this, he made plastic air cushion film. Air cushion film soon became a popular packaging material because of its shockproof, moisture-proof and anti-abrasive properties. Later, because many people like to crush the bubbles on the air cushion film, it relieved psychological stress. What are the excellent properties of air cushion film?

What are the advantages of air cushion film?

1. Lightweight. This is a good feature, then we know is that there may be times when the quality of some packaging products is weighty, which leads to more wasteful energy in the logistics process, especially for some retail sellers, this heavy packaging material may increase the logistics costs, so the use of air cushion film is an excellent idea.

2. It is transparent. So in the process of use, we can clearly see the product inside, plus the product is flexible, so special product packaging has a unique role.

The application of air cushion film is inseparable from air pillow machine, so how does it work? 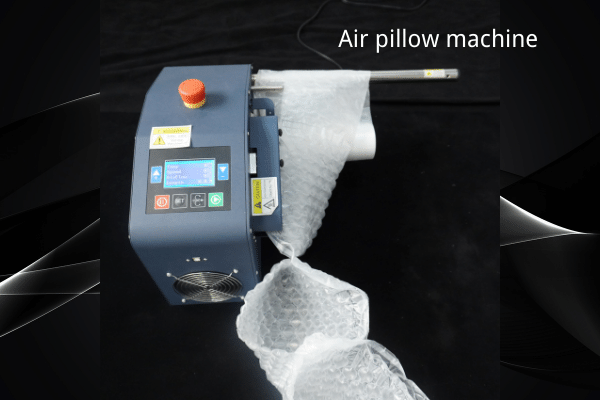 So, how to operate the air pillow machine?

First, directly put the bubble film in rolls, and insert the inflatable tube on the machine to register cinema.
Second, plug in the power supply, turn on the "ON."
Third, preheat.
Fourth, open the "start" can be, will be continuous inflatable, fast.